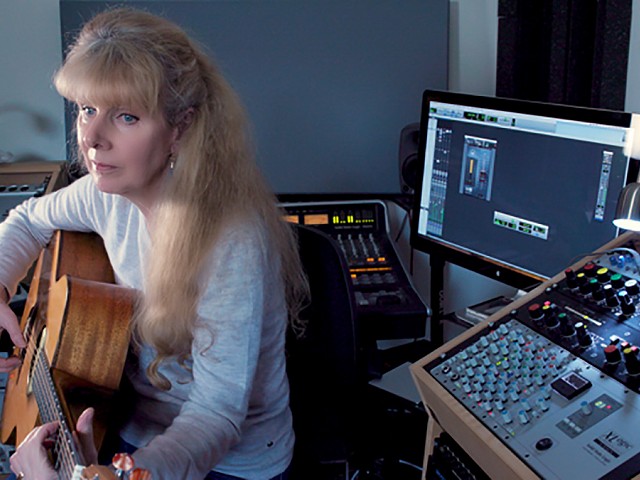 A new month begins as the virus contiunes to rapage around the globe with no end in sight. We are pretty lucky, on the outskirts of our little rural Welsh village, I can only imagine the fear and isolation for those trapped in cities. We continue to record and film, within the contraints of the virus threat. The little instrumental just added to the site,has only used footage in our studio. I’ve played my old favourite Lowden, always return to this. I’ve used an open tuning for Hearts Desire, one I revisit a lot, something about the precise combination of notes seems to push the right buttons in my brain. Owning a music shop means I get to try many many guitars,from the very expensive to the very reasonable and over the years I’ve found a few which have seduced me away from the Lowden. One or two have remained, but I think all musicians will form a special relationship with a particular instrument and the Lowden is such a one for me. It’s probably too big and it’s certainly difficult to record, but it’s where I feel most at home. On my Facebook page there’s a version of the instrumental/video using a pencil drawing type of filter. We are still learning about how to use the cameras and the software needed to edit and not everything which seems like a good idea, actually turns out well! That’s to be expected, whatever you’re learning to do and in any creative field, if you don’t experiment, you never move forward at all. Some of the best finished projects come as a result of accidental discoveries. When we were making plans to shoot footage to go with Hearts Desire, I had visions of waterfalls and racing skies but many of the locations we would use are now impossible due to the virus. Hence the home studio instead. As I type, Steve is busy filming various small set ups he’s made around the house for the next music video. The song is recorded, so now all we need is the visuals. Sounds so easy doesn’t it?! It’s still feezing here in our Welsh valley, although I can see from the BBC weather reports and maps, that it’s a lot warmer elsewhere. Once the warm weather eventually reaches us here, there are some remote areas we can film in, where no one goes, even in high summer. We’ve been for a few very long walks ,where we didn’t see a single soul, looking for places that will be suitable and found a few to revisit once the winter leaves. There’s a lot to carry, so the site we choose needs to be able to deliver us some really good usable footage with as much variety of scenery as possible. It’s a big ask! I’ve taken some shots of trees blown down by recent gales, stark splintered trunks making strong sculptural shapes against the sky. Stone walls stretching to the horizon, across landscapes which have probably not changed for hundreds of years. They will find their way inot future works. Stay safe everyone